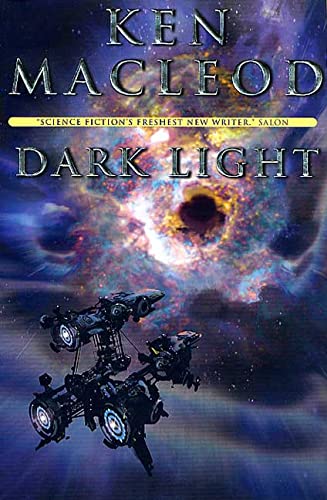 In this worthy second installment in MacLeod's Engines of Light series (after 2001's ), human beings and a few other intelligent planetary species now know themselves to be little more than playthings, manipulated at will by the Powers Above. These virtually transcendent beings live for millennia in such out-of-the-way places as the Oort Cloud, the Asteroid Belt and magma beneath planetary crusts. Matt Cairns, once a citizen of 21st-century Edinburgh, has found himself apparently rendered immortal and transported to the Second Sphere, an interconnected web of civilizations located thousands of light-years from Earth. The humans and two other advanced species who inhabit the Second Sphere, saurs and krakens, are the descendents of intelligent beings kidnapped from Earth over the ages by the Powers Above for inscrutable reasons. Having broken an embargo on human-controlled interstellar flight, Matt and his friends travel to the planet Croatan in search of answers to the mystery behind the Second Sphere's existence, but it soon becomes clear that their presence may well trigger a planetary revolution. This middle book in what will be at least a trilogy doesn't stand well on its own, so readers are advised to begin with . The novel features several interesting alien species, some fascinating speculations on the relationship between sex and gender, and MacLeod's trademark mix of radical socialist and libertarian politics. Both novels are worth reading but not quite up to the high mark established by his previous series, The Fall Revolution.