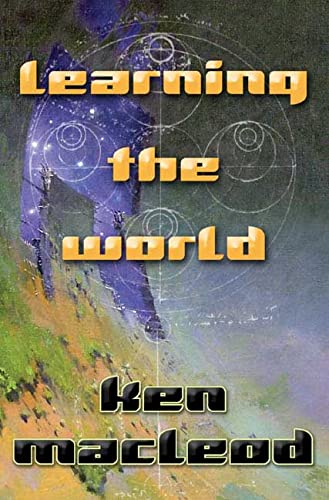 Learning the World: Or, A Scientific Romance

British author MacLeod ( ) delivers perhaps the finest novel of first contact since Vernor Vinge's . When the starship enters a new star system, its crew assumes that they will seed yet another human, or rather posthuman, colony and continue on their way. It's all rather routine, a matter for financial speculation and trading in economic futures, something they've done often before. Imagine their surprise, however, when they discover that the system is already inhabited, by a batlike species who have just recently entered their own industrial revolution. Meanwhile, on the second planet in the system, a talented young astronomer has made a startling discovery: something is approaching from interstellar space, something clearly artificial. MacLeod has created a captivating alien civilization that, in some ways, is closer to us than his equally fascinating posthumans. As always with this deeply political writer, the book is chock-full of well-done extrapolation concerning the political and economic workings of his various societies. This is contemporary SF at its best.