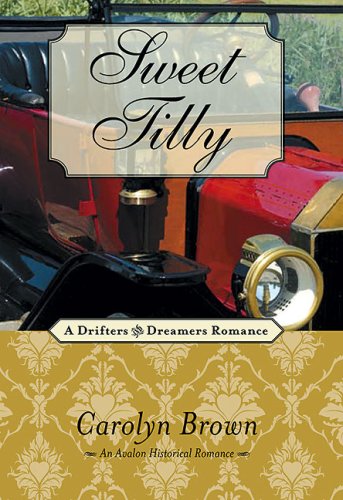 In 1920s Healdron, Okla., Tilly Anderson is an anomaly: she doesn't want a husband but she would like to have a baby. Tilly is also a third-generation moonshiner with a steady income, thanks to Prohibition. Rayford Sloan is the new sheriff, come to Healdron to shut down the stills. Like Tilly, he is serious about his work. They meet when Rayford jails Tilly after suspecting her of running 'shine. Tilly's cousin intervenes, and she's free the next morning, but the sheriff vows to follow her everywhere until he gets the proof he needs to shut her down. He makes good on his promise, and Tilly leads him on more than one wild goose chase, managing to deliver the 'shine while she's got him looking the other way. But he turns out to be more of a challenge than she expected. The attraction between them is immediate and strong, though Tilly and Ford spend most of the novel telling themselves that the relationship would be disastrous. The happy resolution isn't any surprise, but a few small twists elevate this sentimental and conservative romance a notch or two.