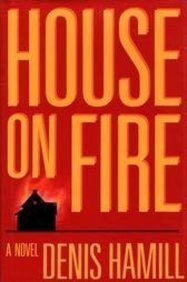 Hamill's third novel--his first in 11 years--is, like its predecessors (Machine; Stomping Ground), a crime potboiler revolving around working-class Brooklynites. Fireman Kevin Dempsey has bought a big house in a quiet area of Brooklyn as a surprise birthday gift for his wife, Polly, an ex-model who is due back from Disney World with their three-year-old daughter, Zoe. But Polly calls Kevin to say that she isn't coming back, and that neither is Zoe--who, she adds, isn't his daughter anyway. Kevin is devastated, but he is just the latest in a line of Dempseys to succumb to misfortune. His older brother, Frank, has recently been suspended from the police force, suspected of stealing $1.5 million in cocaine money from an evidence room; in response to that calamity, their father, a career cop, has committed suicide. Unable to bear the pressure, Kevin freezes while fighting a fire and is sent to a rehab center for alcoholics, prompting Frank, who's also a rummy, to take up the hunt for Polly. Hamill limns the Dempseys' struggle with alcohol believably and in some depth, but his plot line, which twists around a get-rich-quick medical scheme and plays out in a fatal family confrontation backdropped by a raging California wildfire, seems contrived for maximum melodrama. (Jan.)
close
Details