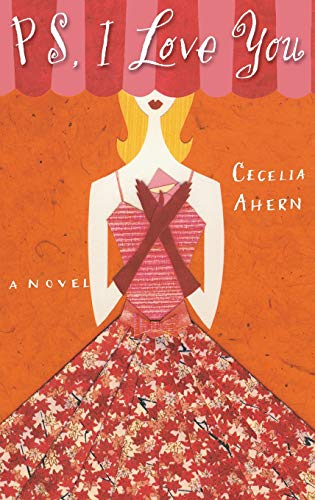 PS, I Love You

Ahern, the mediagenic 22-year-old daughter of Ireland's prime minister, debuts with a sweet, sentimental tale of a young widow's trials and triumphs in the year after her husband's death. Soul mates Holly and Gerry married in their early 20s; when Gerry dies of brain cancer at 30, Holly is utterly bereft. But Gerry has a final gift: a series of letters, which Holly is to open on the first of each month from March to New Year's, and which will guide her on her journey from grief. Gerry correctly predicts that Holly will not have gone through his belongings by June, found a new job by September or considered falling in love again by December, but with his posthumous epistolary encouragement she does all those things. She also enters a karaoke contest, takes a beach vacation and dances at a holiday ball she'd always attended with Gerry. The months pass as close friends help prop Holly up; around her, a marriage falls apart, a couple gets engaged and a friend announces her pregnancy. Within her tight-knit family, Holly's youngest brother makes a revealing film of her birthday party, her elder brothers change places in her allegiance and her parents take in one stray grown child after another for stays short and long. Ahern's speed (she wrote the book in three months) and her youth do show—the wisdom in evidence owes much to Nicholas Sparks and Sophie Kinsella—and her prose is pedestrian. She boasts a natural storytelling talent, however, resulting in a compelling tale sparked by an unusual premise.