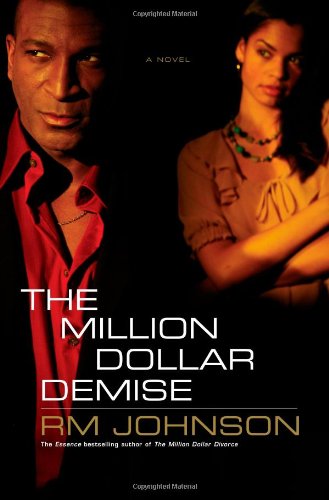 The crazed conclusion of Johnson's Million Dollar trilogy opens with a literal bang. Freddy Ford shoots millionaire Nate Kenny and Nate's ex-wife, Monica, at Nate's Chicago mansion and kidnaps Nate's three-year-old adopted son, Nathaniel. The reason? Nate reneged on rewarding him for his part in a blackmail scheme that led to the arrest of Freddy's best friend, Lewis Waters, in the previous book, . Lewis was getting too cozy with Monica, whom Nate is eager to remarry. As a result of their serious gunshot wounds, Nate and Monica (who's in a coma) miss Lewis's hearing, at which he's set free. In a weird twist of fate, Lewis agrees to help Nate find Freddy, who's holding Nathaniel for $5 million ransom, if Nate will do Lewis a favor. Meanwhile, Nate's spurned lover, Daphanie Coleman, pregnant with another man's child, plots her revenge. The rushed ending suggests the duplicitous Nate could return to commit further mischief in a sequel.