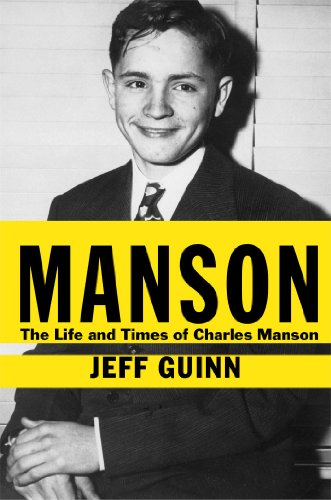 Manson: The Life and Times of Charles Manson

The notorious mastermind of the 1969 Tate-LaBianca murders emerges as an all-American ghoul in this riveting biography. Journalist Guinn (Go Down Together: The True Untold Story of Bonnie and Clyde) tells how an ex-con distilled California's effervescing counterculture into the Manson Family freak show, recruiting a following of rootless teen waifs who worshipped him as Jesus Christ and did his bidding without question, whether in LSD-fueled orgies or killing sprees. The author's richly detailed but well-paced narrative fleshes out the demented logic behind the crimes: prompted by misfired drug deals, Manson conceived new murders in order to deflect attention from his involvement in previous crimes—and to instigate the "apocalyptic race war" he had prophesied to his followers. But Guinn, who unearths eerie photos of his subject as a clean-cut bridegroom, teases apart the twisted strands of normalcy in Manson's sociopathic charisma, which honed itself on fundamentalist Christianity, Dale Carnegie precepts, and starry-eyed self-promotion. (Manson's main goal, which brought him into the orbit of Beach Boy Dennis Wilson, was to score a record deal.) Guinn's portrait is an absorbing true crime saga and a searching exploration of the anomie, broken homes, and crazed hopes that led lost souls to mistake Manson for the answer to their prayers. 16 pages of b&w photos. Agent: Jim Donovan, Jim Donovan Literary. (Aug. 6)
close
Details