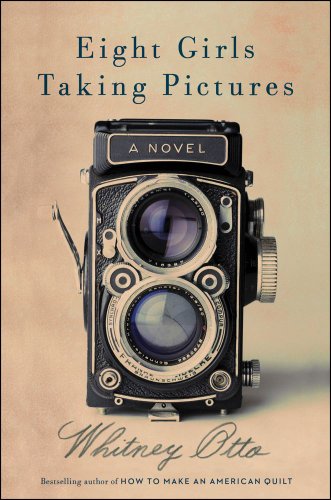 Of the girls who take the pictures—Cymbeline, Amadora, Clara, Lenny, Charlotte, Miri, Jessie, and Jenny—the first six are based on real photographers. Some, like Imogen Cunningham and Lee Miller, are quite well known, and others, like Grete Stern, less so, but even the more fictional Jenny Lux bears a resemblance to Sally Mann, if not in her life, in her work. These women lead interesting, bohemian lives: they take lovers, travel, get involved in wars and revolutions, but what they really have in common is the struggle to find their voices, to deal with and confound expectations of women (which change over the century covered here, but not enough), and to balance work with love and motherhood. So far so good, but the problem is that Otto (How to Make an American Quilt), who calls the book “my mash note, my valentine to these women photographers,” doesn’t succeed in integrating her fine research into a fictional work that stands on its own: though the women’s lives start to connect at the end, throughout most of the book it’s not clear that linking their stories makes a whole that is greater than the sum of its parts. Agent: Joy Harris. (Nov.)
close
Details