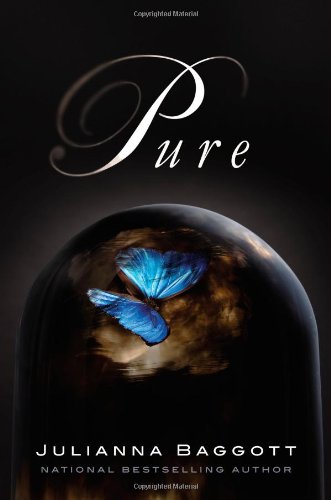 Baggott’s highly anticipated postapocalyptic horror novel, a dramatic shift from her lighthearted poetry, women’s fiction (as Bridget Asher), and children’s books, is a fascinating mix of stark, oppressive authoritarianism and grotesque anarchy. Like most survivors of the Detonations, teen Pressia is disfigured, a doll’s head fused into the place where her hand should be. She’s better off than people who were merged into each other, with animals, or even with the Earth itself, but she’s also at risk of being drafted into the paramilitary Operation Sacred Revolution. The few who survived unscathed—known as “Pures”—live in the Domes, impenetrable arcologies where the few children are forced into rigid training and genetic enhancement. When Partridge, believing his mother to be alive in the wilderness, escapes from a Dome, he’s rescued by Pressia. Along with a conspiracy theorist named Bradwell, they gradually discover dark secrets about events on both sides of the Dome walls. Baggott mixes brutality, occasional wry humor, and strong dialogue into an exemplar of the subgenre. Agent: Sobel Weber Associates. (Feb.)
close
Details