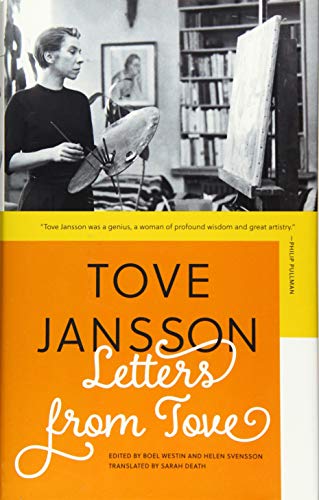 This spirited collection of letters by Finnish author and illustrator Tove Jansson (1914–2001), best known for the “Moomin” children’s books and comics, brims with affection, humor, and artistry. Recognizing that for Jansson, letter writing was primarily a way of remaining connected to loved ones, Boel, Jansson’s biographer, and Svensson, her last book editor, organize the letters, which go from 1932 to 1988, by correspondent, rather than chronologically. The first letters, written in Jansson’s teens, are to her parents as she studies art in Stockholm. Later addressees include her best friend, photographer Eva Konikoff, and several romantic partners, among them her first serious female partner, Vivica Bandler, whom she tells in 1946, “Never in the world have I felt as natural and genuine as I do now!” and her life companion, Tuulikki Pietilä, whom she met in 1956. In one message to the latter, Jansson writes, “Thank you for your letter, which felt like a happy hug.” Delightfully, she also sometimes adds illustrations, including of her famous hippo-like creations, the Moomins. Jansson’s fans will particularly enjoy discovering which characters had real-life inspirations. However, all readers should find her a delight to spend time with. (Mar.)
close
Details