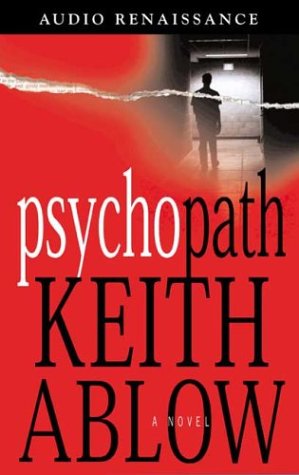 Ablow's latest thriller (after ) pits his series protagonist, Boston forensic psychiatrist Frank Clevenger, against Jonah Wrens, a spooky serial killer who also happens to be a psychiatrist. The result is a serviceable spin on the now familiar duel between secret-sharing adversaries. What lifts the novel above the endless line of Thomas Harris remakes is the author's ability to create unique, psychologically complex characters. Clevenger, a refreshingly scarred and flawed hero still recovering from his addictions to sex, drugs and rock 'n' roll, is facing the additional daunting task of single-parenting a similarly addicted teenage ward. The homicidal Wren is an empathic genius as adept at understanding and curing disturbed children as he is at meeting, speed-reading and rending his hapless victims. Ablow has created full-bodied characters, but they deserve an audio interpretation beyond his capability. His voice has the proper timbre, and his straightforward delivery won't cause anyone to tune out. But a more experienced narrator could have provided Clevenger and company with the timing, tone and nuance that would have turned this merely acceptable adaptation into an exceptional audio.