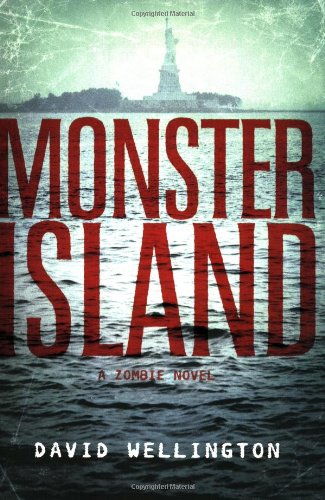 In Wellington's energetic horror debut, the first of a promised trilogy, Manhattan has become Monster Island after a plague has turned all its denizens into shambling, rotting animated corpses, except for a couple who have kept their intelligence and also acquired psychic powers. When an expedition from Africa arrives, composed of teenage girl-soldiers and a former U.N. weapons inspector, the zombie masters mobilize their forces to kill or eat the living humans. Page by page, the story is inventive and exciting as Wellington exploits his familiarity with New York's nooks and crannies as settings for flesh-chomping battles and narrow escapes. As a whole, though, the book satisfies less since the author selectively forgets anything about the situation or the characters that would inhibit further gross-out episodes. Still, the novel offers some provocative thoughts about the purpose of life and death underlaid with some ultra-dark humor.