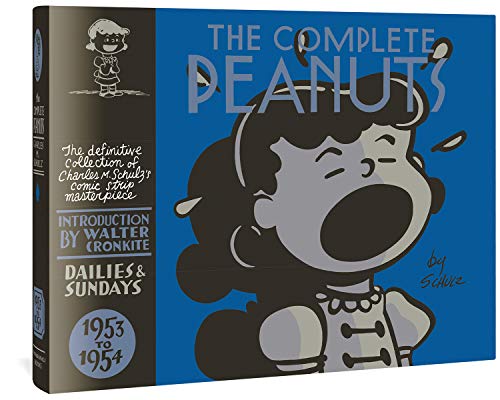 This second thick volume in makes for a delicious wallow in a nostalgic world that has a lot more bite than readers may recall. Although some feel that Schulz's later work assumed a certain predictability, his early strips are undeniably crackling. Schulz portrays a children's world that's anything but idyllic, complete with fusspots, tortured artists, exclusive clubs, insecurities and kites that refuse to fly. One strip shows Lucy destroying Charlie Brown's puzzle, kicking Schroeder's piano and stomping on Linus's cookies; the final panel shows her fleeing, pursued, moaning, "I'm frustrated and inhibited and nobody understands me." Another strip depicts the harsh reality of unpopularity; the illustration shows section after section of fence scrawled with graffiti that reads "Linus loves Violet. Shermy loves Patty. Lucy loves Schroeder. Charlie Brown loves Charlie Brown." It's said Schulz's work draws on his own experiences, and this becomes especially clear when Charlie Brown himself decides to draw a comic strip and doesn't get the public response he'd hoped for. (His work is about a man who decides to ride across the country on a lawn mower.) The Peanuts landscape is the familiar neighborhood, with trees, sidewalks, sandboxes, ball fields and remarkably generic interiors. As always, the illustrations are a marvel of simplicity and the insights are haunting.