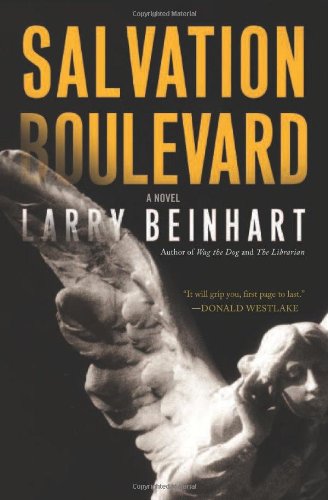 Best known for (1994), the jaunty political novel that became the film , Beinhart offers something less jaunty but definitely more ambitious in this splendid religious legal thriller. When Ahmad Nazami, a Muslim scholarship student at the University of the Southwest, confesses under duress to the murder of Nathaniel MacLeod, an atheist philosophy professor, PI Carl Van Wagener, a born-again Christian, agrees to help Manny Goldfarb, a celebrated Jewish defense lawyer, prove Nazami's innocence. Van Wagener, a member of charismatic pastor Paul Plowright's Cathedral of the Third Millennium, is soon on the trail of a missing manuscript MacLeod wrote disproving God's existence. In a beautifully understated author's note, Beinhart lays out the factual basis for his provocative morality tale and invites readers to visit his Web site, which includes “a forum for an ongoing dialogue about religion, irreligion, faith, belief, and their intersections with politics, war, money, life, and death.”