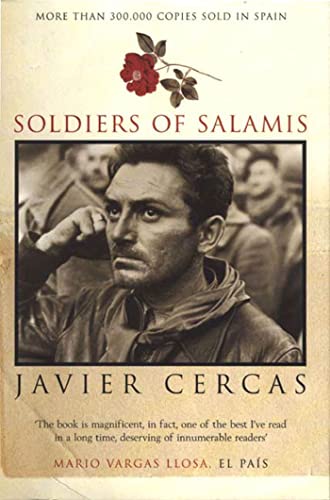 Spanish journalist and novelist Cercas strives for a "true tale" in his first book to be published in the U.S., the story of a political prisoner during the Spanish Civil War who cheated death twice in one day. Narrated by a Spanish journalist also called Javier Cercas, the novel is the chronicle of his quest to uncover a story as slippery and charmed as its protagonist, Rafael Sánchez Mazas, a founder of the fascistic Spanish Falange, who became a minister without portfolio in Franco's postwar government. Before rising to his position of power, however, Sánchez Mazas was captured by a group of Republicans and marched into the woods along with his comrades to be executed; moments after his daring flight, "an anonymous defeated soldier" spied him—but said nothing. The facts of this fascist writer's miraculous escape quickly became legend, aided in no small part by the oral and written efforts of Sánchez Mazas himself. Sixty years later, Cercas, an inadvertent archeologist digging through his nation's bloody past, unearths revelations and epiphanies that are far less wondrous than the surface gloss, but much more useful to present-day existence. His thematic conclusions are powerful and humane enough to compensate for a narrative voice that is often speculative or long-winded. This work sometimes suffers from a scarcity of scenes and dialogue, but its moral core is smart and compelling.