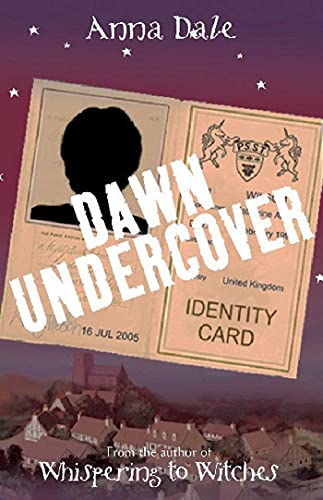 After her whimsical debut fantasy novel, Dale ( ) turns out an uneven mystery starring a lonely yet optimistic 11-year-old. Dawn "drifted through life with no one giving her a second glance," yet "clung to the hope that something exciting was going to happen to her." When Dawn spots the driver of a car "goggling at her" as she crosses a street on the way to school, she is "astounded" that someone has actually noticed her and is convinced that "something... with a capital 'S' " is about to happen. Something does (the driver, a recruiter for a secret intelligence organization, taps Dawn to join the force as a spy), but the tale's intrigue takes too long to kick in. After Dawn and readers endure her laborious spy training, the young sleuth is finally launched on her mission: to discover the whereabouts of Angela, a spy who had suddenly vanished just after phoning headquarters to report that she had spotted a villainous fellow thought to have died a decade earlier. Dawn takes up residence in the town from which Angela disappeared and begins collecting clues that eventually let her uncover the identify of the rogue. Sprinkled with charming Briticisms and ample humor, Dale's complex whodunit entails false leads and tangles that will keep kids guessing, even if the novel's initial lumbering pace may stall them. Ages 8-12.