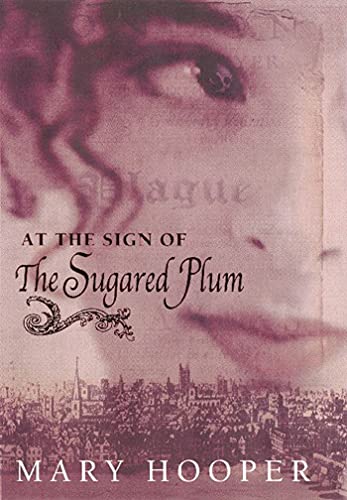 Hooper's () peppy historical novel starts out with a jaunty tone, and remains relatively chipper to the end—no mean achievement, considering that it's set in London in 1665, the year that the Great Plague wiped out more than a third of the city's population. Starry-eyed Hannah, the narrator, journeys to the city from her native village to help out in her sister Sarah's sweetshop. Even as she hears preliminary news about the plague, just about everything else fascinates her: the elegant ladies and dandies parading about the Royal Exchange, a brief encounter with actress Nelly Gwyn, even the decapitated heads mounted over London Bridge. A developing friendship with Tom, apprentice to the local apothecary, adds an extra sweetness to Hannah's daily routine. Visiting the Houndsditch market to trade old clothes for an elegant secondhand outfit (said to have been previously owned by a genuine countess!) and other small adventures paint a vivid picture of long-ago London that is marred only occasionally by bursts of anachronistic dialogue ("I feel so guilty about bringing you here and making you go through all this"). Meanwhile, the plague becomes ever more frightening as neighbors and even a dear friend sicken and die. So likable is Hannah that readers will cheer when she and her sister accomplish the near-miracle of escaping from the quarantined city, courtesy of a jerry-rigged plot device. A tale almost as tasty as the sisters' comfits. Ages 10-up.