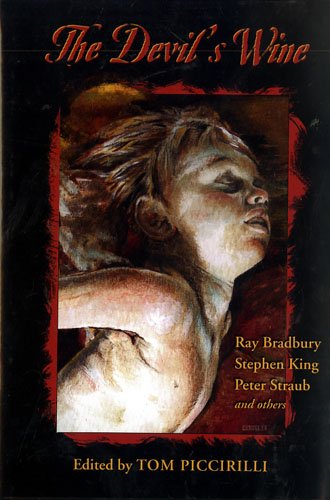 Without apologies, 19 masters (and mistresses) of contemporary horror fiction reveal themselves in a poetic mood in this anthology of mostly previously unpublished verse assembled by Stoker-winner Piccirilli ( , etc.). Known for the nasty violence of much of his fiction, Jack Ketchum shows a gentler side in such poems as "Hoboe" and "Sleeping Woman." Ray Bradbury, whose poetry is by now as familiar to fans as his fantasy, contributes such whimsies as the self-referential "The Other Me," in which he wonders, "Did R.B. write that poem, that line, that speech?" Joe Haldeman brings the same wickedly endearing wit to a poem like "Audience Participation," about an elderly moviegoer's revenge on some annoying teenagers, as he does to his fiction. Other notable contributors include Peter Straub, Charles De Lint, Peter Crowther and Elizabeth Massie. This is a rich feast, fit for a king, and indeed he is here too—Stephen King. Such poems as "The Dark Man" and "Harrison State Park '68," reprinted here for the first time after some 30 or more years, are good enough to make readers hope the Master Spellbinder revisits his muse more frequently.