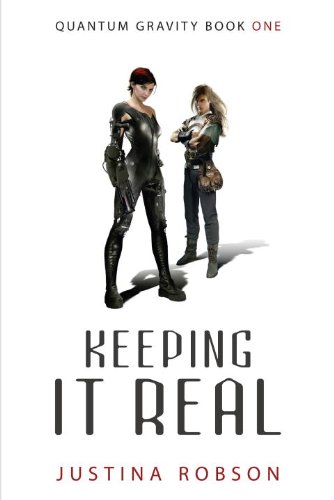 Life is anything but real in this entertaining fusion of SF and fantasy spiced with sex, rockin' elves and drunk faeries, the first of a new series, from British author Robson ( ). In 2015, the quantum bomb at Texas's superconducting supercollider blew a hole in spacetime's fabric, revealing "a total of five other realities" unknown to the human inhabitants of Otopia (formerly Earth). One of these is Alfheim, a home to elves. By 2021, Alfheim extremists, who despise Otopian technologies (and Otopians), have targeted Zal, a rebel rocker elf and his band, the No Shows, for thriving in a human realm. Death threats prompt the Otopian security agency to assign Lila Black, a nuclear-powered cyborg still adapting to her AI abilities, to Zal as his undercover guard. After Zal is kidnapped, Black travels to Alfheim, where she meets an old foe and tangles with a wicked necromancer. Deft prose helps the reader accept what in lesser hands would be merely absurd.