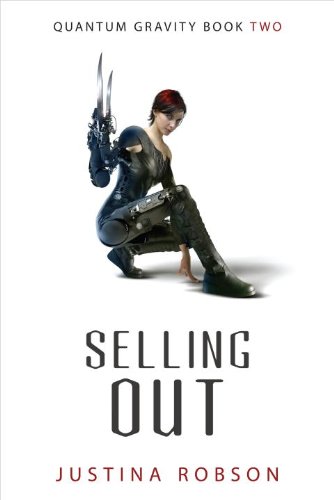 Cyborg secret agent Lila Black learns that her worst enemy may be her own traumatic past in Robson's high-powered second Quantum Gravity installment (after 2006's ). Lila's first assignment was a disaster: she was forced to kill a friend to save elven rock star Zal, and now that friend, the elven necromancer Tath, lives inside her, commenting on her actions à la Jiminy Cricket. There's no cure for a tough job like diving headfirst into another, so now Lila is off on an undercover mission to Demonia to investigate the results of the recent quantum bomb explosion and learn how Zal managed to travel to Hell and become part demon. Her investigation is complicated by her cover as a journalist reporting on Demonian high society, as dangerous forces lurk behind the social whirl of luxurious parties. Robson's mix of magical and technological elements, intrigue and action should be just the thing for paranormal and fantasy adventure readers.