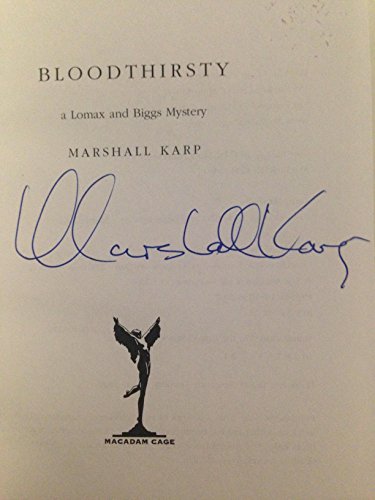 Karp's second comic police thriller (after 2006's ), set in the glitzy world of Hollywood moguls and wannabes, is an uneven blend of gallows humor and gore. When mega-producer Barry Gerber turns up drained of blood in a trash can, LAPD detectives Mike Lomax and Terry Biggs, who had been hoping to enter a deal with the victim for a movie adaptation of one of their high-profile cases, are assigned to investigate. Their workload doubles when the A-list star of Gerber's last blockbuster, actor Damian Hedge, is abducted, apparently by the same person responsible for the producer's murder. Karp intersperses Lomax's snappy first-person narration with scenes from the criminal's perspective, eliminating most of the mystery and making the motive for the crimes obvious early on. Though brisk and cynical, this depiction of Tinseltown falls short of the standard set by Elmore Leonard's .