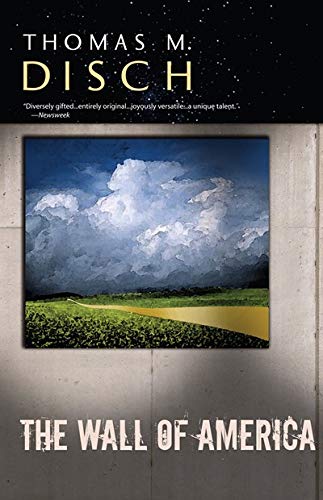 The Wall of America

Decrying but not despairing, this collection of 19 later short pieces by author and poet Disch (1940–2008) lovingly tears into the realities and fantasies of American life. Belief and delusion walk side by side as primal fears of vampirism overtake so-called civilized society (“The White Man”) and alien abduction hoaxes are used to rescue abused children (“The Abduction of Bunny Steiner, or, A Shameless Lie”). Art is commerce in “Canned Goods” and it's transcendence in “The Wall of America,” and Disch offers delicious revenge on those who exploit art as mere entertainment (“One Night, or, Scheherazade's Bare Minimum”) or treat it condescendingly as a charity case (“The First Annual Performance Art Festival at the Slaughter Rock Battlefield”). Though sometimes light and slight, these tales show Disch at his masterful, acerbic best.