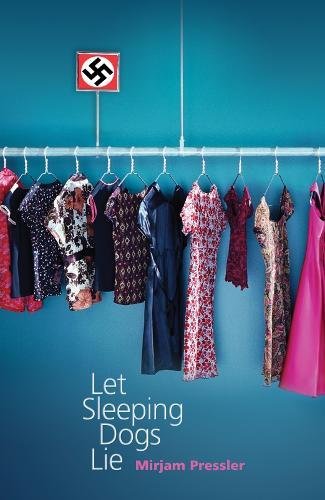 Like the German film , this tough-minded novel, also from Germany, centers on a contemporary young heroine’s attempt to scrape away the comfortable local fictions that obscure a generation’s behavior during the Third Reich. Eighteen-year-old Johanna has grown up believing that her grandfather deserves the credit for the prosperity of the family business, a prestigious department store, and her parents assume that she herself will run it someday. But a school trip to Israel—to meet the eight Jewish women who attended Johanna’s school in 1933—teaches her a different story. One of the women informs her that the store had belonged to two Jewish families, one of them her own, and that Johanna’s grandfather had stolen it from them in the late ’30s. Pressler ( ), also known for editing the definitive edition of Anne Frank’s diary with Otto Frank, probes the issues here from many angles. She observes scenes closely but unobtrusively, conveying sensory images in crystalline prose, and a variety of story lines suggest the density of Johanna’s life (a boyfriend, ruptures in the family, allusions to an Israeli youth). The complex narrative structure, in which chronology takes a back seat to moment-to-moment relevance, not only allows for strategic revelation of different pivotal scenes but also reflects Johanna’s thinking as she tries to process the facts she uncovers. Pressler demands a certain sophistication from the audience; her incisive writing challenges readers to rise to meet her. Ages 12-up.