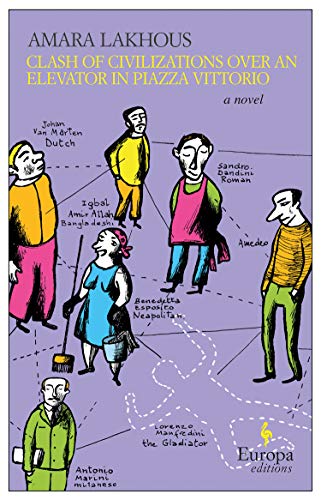 Clash of Civilizations over an Elevator in Piazza Vittorio

Lakhous’s prize-winning second novel is a social satire and murder mystery concerning an immigrant-filled apartment complex in Rome. After a murder in the building elevator, each occupant of the Piazza Vittorio—among these, Parviz Mansoor Samadi, an Iranian chef who detests pizza; Benedetta Esposito, an aging concierge from Naples; Iqbal Amir Allah, a Bangladeshi shopkeeper—gets a chapter to relate the truth as he or she knows it (or wants it known), apparently to the police. The odd man out, and the main suspect, is Amedo, a man believed by his neighbors to be a native Italian. The tenants are by turns outraged, disillusioned, defensive and afraid, and their frequently wild testimony teases out intriguing psychological and social insight alongside a playful whodunit plot, exposing the power of fear, racial prejudice and cultural misconception to rob a neighborhood of its humanity.