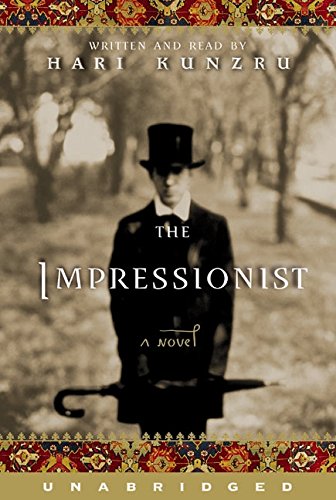 THE IMPRESSIONIST: A Novel

In today's English-speaking global village, many new writers are grappling with multiple national, racial and social identities; Kunzru stands tall among them. When Pran Nath, a pampered Bombay boy, suddenly finds himself banished to the streets, he becomes "Rukhsana," dressing in women's clothes and working in a brothel. Another transformation ensues, and he's "Clive" to a British major, then "Robert" to Scotch missionaries and simultaneously "Pretty Bobby," an errand boy and pimp. Quickly learning to "slough off one life to take up another," the hero begins to acquire the trappings of the "British"—the clothes, the accent and even the smell. One by one he "inhabits his puppets"; in England, he assumes the identity of the dead Jonathan Bridgeman, a boy with no family to expose Pran's fictions. Ironies abound, but ultimately the youth is no more than "an empty vessel, a husk." Reading aloud is an art that many authors have not mastered. Kunzru has. He has a good voice and complete control of emphasis and pacing through the rhythms, images, diction and sounds of his own writing. It's a pleasure to follow Kunzru as he leads listeners, picaresque-style, from one episode to the next toward a painful ending.