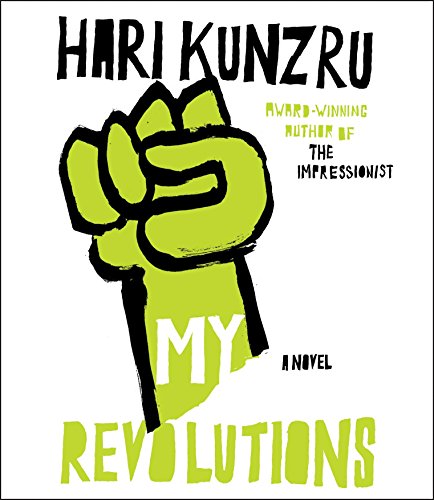 Simon Prebble, a consummate professional among narrators, plays Kunzru's middle-aged protagonist, who relates his adolescent-into-adulthood journey that has gradually brought him to his current state of misery. From the outset Prebble helps structure the kind of suspense and tension Kunzru created so superbly in . The story opens at Christopher's 50th birthday party. But he is no longer Christopher; “Michael Frame” now leads a yuppie suburban family life he describes meticulously and with witty, bitter irony. He exists in a sort of “mental crouch,” waiting, knowing that “even now, in days, or even hours, my life here will be over.” Initiated as a 1960s teen into a counterculture, anti-Vietnam, anti-imperialist commune, he falls for the gutsy, freewheeling Anna. Wanting to win her, he ends up blowing up bathrooms and buildings. But he is forever dogged by a creepy childhood acquaintance named Miles, who, in the end, blackmails him into working for the people he always bitterly opposed. Kunzru's descriptions of places and events are sometimes too long and Christopher's lifetime attachment to Anna is a bit hard to swallow. But Kunzru delivers a gripping tale.