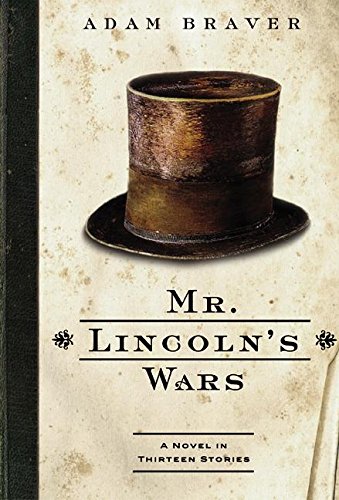 Just when it seems there isn't much left to write about Abraham Lincoln, Braver attempts a fresh take on America's 16th president in this bracingly unusual debut. Although called a novel, the book is really a collection of 13 short stories, which take an imaginative and warmly human look at the man who saved the Union at great personal cost during the Civil War. In "The Undertaker's Assistant," the eponymous protagonist discusses with Lincoln the burial of Lincoln's son Willie; the same undertaker will prepare Lincoln's body after he is assassinated in 1865. In "Zack Hargrove," a Union soldier, bitter at having to abandon his wartime adventures, rages at Lincoln when the South surrenders. In "Crybaby Jack's Theory," good-for-nothing Jack tries to save the president after he has a chilling premonition of Lincoln's death, but nobody heeds his warnings. Best are three tales that explore the depths of grief and pain. In "The Willie Grief," Mary Todd Lincoln visits a military hospital after Willie's death where she comforts wounded and shattered soldiers while dealing with her own grief. In "The Ward," Lincoln meets a father who does not blame him for the death of his son. And in "On to the Next Field," Lincoln visits a battlefield where a badly wounded boy asks him what it's like to be president. "It's like fighting a thousand wars," Lincoln answers. No folksy humor or homespun anecdotes lighten Braver's multifaceted portrait of a president tormented by the burdens of war and weighed down with responsibility. Somber yet graceful, these stories draw on Lincoln's public image while venturing a visceral intimacy (on "his feet... no shoes, just white socks with brown rings around the heels").