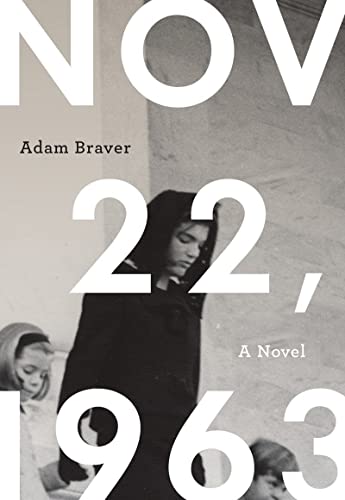 With a captivating mix of fact and fiction, Braver ( ) chronicles the events surrounding JFK’s assassination to moving effect. The event is no stranger to the literary world, but Braver’s recreation, owing to small and often previously off-camera details, remains hauntingly original. Some of these details, like the ones that open the book and dwell on Jackie’s fashion preferences, present a factual backdrop against which later scenes—e.g., where Jackie refuses to remove her blood-splattered pink suit—tragically play out. Others, like the way JFK’s eyes keep popping open during the autopsy, underscore the grisly reality of his death. While the accumulation of small moments gives the book its weightiness, the stories of people peripherally associated with the assassination make the book sing; through the experiences of the Texan who sold the government Kennedy’s casket, the mechanic in charge of the limousine in which Kennedy was shot and numerous others, Braver reveals the tragedy of a national story that decades later can still be acutely felt.