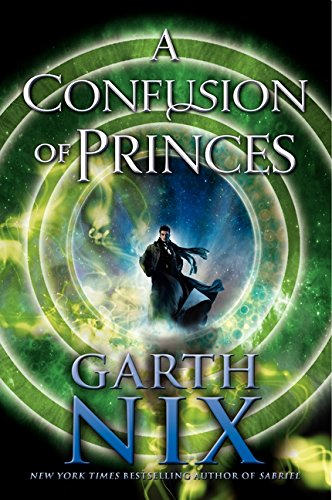 A Confusion of Princes

In this exciting space opera, 19-year-old Khemri is a Prince of the Empire, one of 10 million Princes who rule much of the galaxy under a mysterious Emperor and an AI called the Imperial Mind. Raised in splendor by mind-controlled slaves, physically and psychically augmented, and virtually immortal, Khemri, like the other Princes, is intensely self-centered, assuming that he will someday become Emperor. A year into his formal training, however, he is sent on a mission to the fringe world of Kharalcha where, stripped of his augmentations, he must fight space pirates and the forces of the Empire. Falling in love with a naval reserve officer, Khemri takes the painful first step in learning what it means to be human. Writing in the mode of Robert A. Heinlein or Andre Norton (to whom the book is dedicated), Nix (the Keys to the Kingdom series) has crafted an adventure filled with hostile aliens, deadly spaceship battles, cybernetic wonders, humor (often involving Khemri’s naïveté), and a touch of romance. The book is tied to a planned online MMORPG, Imperial Galaxy. Ages 13–up. Agent: Jill Grinberg, Jill Grinberg Literary Management. (May)
close
Details