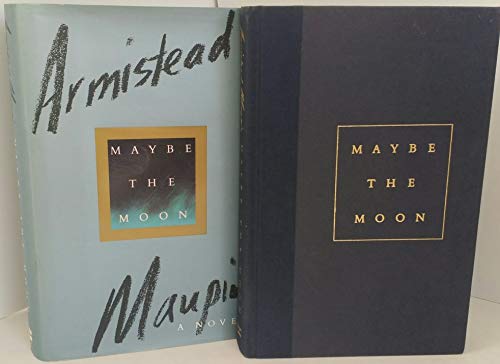 Though Cadence Roth, the heroine of Maupin's captivating novel, is only 31 inches tall (she is said to have held the title the World's Shortest Mobile Adult Human in the Guinness Book ofRecords), her impact on the reader's emotions is enormous. In choosing this diminutive woman to dramatize the role of an outsider, Maupin draws parallels between the way small people and others who are thought to deviate from the norm, such as gays, lesbians, blacks and Jews-are mocked and dehumanized. He does this skillfully and delicately, with humor and compassion, meanwhile telling a suspenseful story whose subtly foreshadowed ending delivers a dramatic clout. At 30, Cady is a has-been in Hollywood. A decade earlier, she had portrayed an adorable elf in a film that captured Americas heart. But since there are few movie opportunities for dwarfs, her career as an actress and singer has skittered downhill. Cady chronicles her gutsy attempts to earn her livelihood in funny and poignant journal entries, her irreverent voice spiked with trendy movie-town lingo. She is offhand about the handicaps small persons must endure: what it's like to be patronized and treated like a child, to walk in a forest of legs, to be unable to turn on the shower or close the bathroom door-and to yearn for romantic relationships and a sex life. Under the clever patter and black humor, however, Cady fiercely and wistfully conveys her need to be viewed like everyone else. Maupin (Sure of You) surrounds Cady with other appealing outsiders a black pianist, a gay writer, Cady's spacey housemate. But tiny Cady acts as a strobe light whose compelling gaze illuminates the depths of the human heart. 60,000 first printing; BOMC alternate; QPB selection; author tour. (Nov.)
close
Details