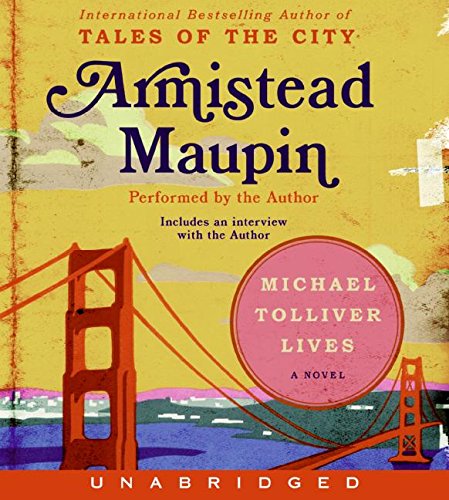 Maupin's seventh volume in his Tales of the City series arrives 18 years after his supposed final Tales novel, . Indeed, the story picks up nearly 20 years later with none of the characters still living at 28 Barbary Lane, but still a family even if they're not under the same roof. Michael is now 55, and thanks to his HIV drug cocktail, he's living with AIDS and enjoying a healthy relationship with a much younger man. The novel also celebrates his strong relationships with his “logical” family of choice (as opposed to his “biological” family) that includes 85-year-old transsexual Anna Madrigal, longtime pal Brian and Brian's sex columnist daughter. Maupin's the perfect reader; he doesn't create voices for his characters because the book is told from Michael's POV. Although more sexually explicit that the previous novels, Maupin's cheerful and reassuring delivery makes it all good fun. This is the tale of Michael's move beyond his “suspended boyhood,” and this return visit will enchant Maupin's legion of fans. There's a charming 20-minute interview with Maupin on the final disk.