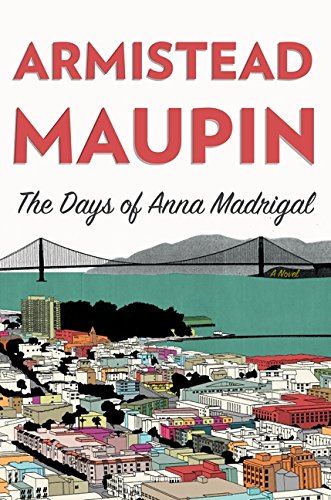 The Days of Anna Madrigal

This ninth Tales of the City installment is Maupin’s farewell to his beloved cast of characters. While his last few books have highlighted San Francisco’s Michael “Mouse” Tolliver and Mary Ann Singleton, the author updates fans with 28 Barbary Lane’s now-92-year-old transgendered landlady, Anna Madrigal. Anna is given the snappy, plucky dialogue she’s known for, and some chapters reveal her backstory, including her 1930s childhood, when she was a boy named Andy. Everyone is on hand here: Brian, Mary Ann’s ex and father of her daughter Shawna, makes an appearance, accompanied by his “fiftyish and luscious” new wife Wren, a former plus-sized model, along with Mouse and Mary Ann. Maupin’s flare for dialogue and fully-realized, contemporary characterization is again on display, as he keeps things hip with the use of modern vernacular (“amazeballs”, “chillax”) and by incorporating iPads (Jake’s “magic slate”), Angry Birds, missives on Twitter, and hooking up on Facebook. The story culminates in the group’s attendance at the Burning Man “Fertility 2.0” festival, as Shawna searches for a sperm donor while Brian, Wren, and Anna detour off to Winnemucca for a revelatory reunion with Anna’s past. Limned with the comfort of unconditional love yet reflective of the frailty, the uncertainty, and the beauty of aging, this installment is a memorable, satisfying capstone to his series. (Feb.)
close
Details