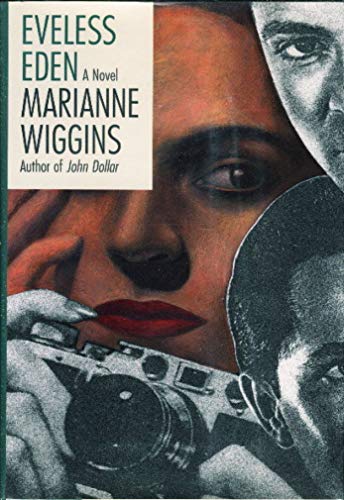 Wiggins (John Dollar; Bet They'll Miss Us When We're Gone) treats the Bible, its characters and its literary conventions like clay in this maniacally energetic, densely allusive novel. The plot involves a love triangle amidst the collapse of Communism in Eastern Europe, and the themes include the search for moral direction amidst the accelerated pace of history. But the book is really about the voice of its narrator, a macho yet tender-hearted newspaperman named Noah, who, like his biblical namesake, is looking for a fresh start, a reprieve from a sinful world. ``What I wanted more than anything,'' he admits, ``was a reborn innocence.'' Unlike the ark-builder, this Noah has to work without benefit of a cleansing flood. But he does have to deal with the sins of a man named Adam, in this case a Minister of Trade in Ceausescu's Romania, and with the woman they both love, a photographer named Lilith (who succinctly sums up the symbolism of her name by explaining: ``chick God made for Adam before Eve''). Noah and Lilith meet in Cameroon while covering a story about an ecological mishap (not a flood, but close). The pair live and work together in Paris and London, until Lilith is hit by a car driven by Adam Pentru. Why Lilith leaves Noah for Adam is only superficially explained: she is drawn to power and danger, and Adam offers both. As Adam's mistress, Lilith also gets the chance secretly to photograph his involvement in the infamous Romanian orphanages and his trafficking in AIDS-infected blood. All of this is told in the nearly hysterical, often exhilarating voice of Noah, who, pursuing their trail, refers obsessively to books and movies, while across the tops of the pages, instead of chapter headers, there run parodies of Bible captions (e.g., ``what he feared'' and ``the aroma of Southern tobacco''). Wiggins leans too heavily on Noah's voice, on its heady blend of cynicism and passion, at the expense of fuller characterization (of Lilith and Adam) and smooth plotting. Less about the lovers than about the time they love in, this isn't a novel of great psychological complexity. But it is one of formidable intelligence and momentum. (Oct.)
close
Details