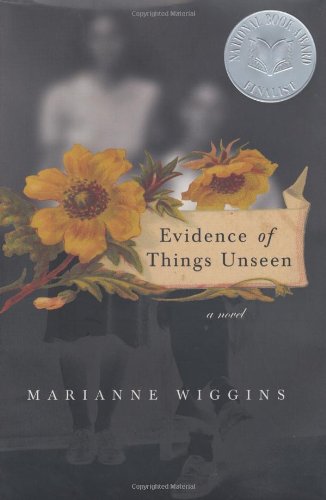 The redoubtable Wiggins, always fearless in choosing subjects for her work ; ) here tells the story of the atomic bomb through the eyes of one average Joe, amateur chemist Ray Foster, or "Fos," of Kitty Hawk, N.C. His fascination with "the kinds of lights nature can produce, the ones not always visible to man," serves him well in lighting the trenches during the Great War in France. When it is over, fellow soldier "Flash" Handy invites Fos to help him start a photography studio in Knoxville, Tenn. In a fated moment, Fos falls in love with a glassblower's daughter, the unflappable and luminescent Opal; they marry, and Opal helps run the studio. Meanwhile, Flash turns out to be a man with many secrets, one so tragic that it separates him permanently from Fos and Opal. Their sorrow at Flash's fate is somewhat forgotten when, after years of infertility, they are granted a baby, named Lightfoot. They move to land Opal inherits in rural Tennessee, but after it is claimed by the Tennessee Valley Authority in 1942, Fos finds a job in Oak Ridge with a government lab that, unbeknownst to him, is on deadline to create the atomic bomb that will be dropped on Hiroshima. In response to that horrific event and other heartache, the Fosters do something desperate that only serves to betray their nine-year-old son. Lightfoot proves to be more courageous and determined than Fos or Opal ever were, and finally finds the only person left in the world who can help him. Wiggins fits her lyrical prose to a distinctly rural, Southern cadence, easily blending the vernacular with luminous imagery, adding bits of poetry, passages explaining scientific phenomena, interpolations about the Scopes trial and even references to , which serves as a leitmotif. By the time she brings the narrative full circle in a masterful and moving plot twist, she has succeeded in creating "literature as an ongoing exploration of the human tragedy—man's condition." Wiggins comes into her own with this novel, her best book to date. .