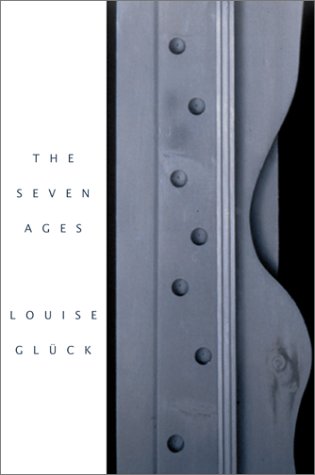 Since the mid-1970s, critics and readers have admired Gl ck's spare, deceptively simple style; her poems subject the autobiographical, even confessional impulse to analytical rigor, arranging soul-searching questions and symbols into sequences frequently modeled on famous old texts the Odyssey or the biblical Creation. The stark intensities and challenging questions in Gluck's ninth book of poems investigate the disappointments, unfinished quests and unanswered questions that compose, arrange and ruin a life Gl ck's own, for example, and that of her older sister, who plays the pivotal role husbands and parents have played in some of her previous work. Gl ck dares her readers to ask, as they might have in childhood, general, harrowing questions: ""Why do I suffer? Why am I ignorant?"" She dares herself, as well, to live without answers: ""I'm awake; I am in the world / I expect/ no further assurance."" Careful scenes, queries and moments of self-analysis throughout the volume investigate time the ways in which we change in the course of a lifetime; the ways our minds change from moment to moment; and the ways in which time changes everything, creating ""a world in process/ of shifting, of being made or dissolved,/ and yet we didn't live that way."" Considering age and aging, summer and fall, ""stasis"" and constant loss, Gluck's new poems often forsake the light touch of her last few books for the grim wisdom she sought in the 1980s; at the same time, her lines on herself, young and old, and on these stages for her sister and herself, are frequently wise, densely crafted meditations on the odd possibility of ""actual human growth."" (Apr.) Forecast: Gluck won a Pulitzer, and a wider audience, with The Wild Iris (1993); subsequent explorations of more comic and casual modes have met mixed response. Last year's Vita Nova, however, was recently awarded the biannual Bollingen prize (including $50,000 cash) given by Yale University Library in honor of a recently published American collection which should generate sales for both books.
close
Details