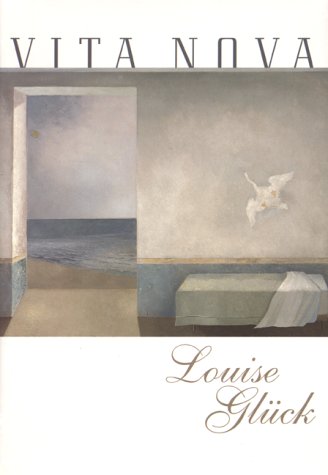 ""Surely spring has been returned to me, this time/ not as a lover but a messenger of death, yet/ it is still spring, it is still meant tenderly."" Reutrning to the seasonal myths inaugurated in her Pulitzer Prize-winning The Wild Iris (1992), Gluck's new poems chronicle delvings-down and rebeginnings, very much in the way her last book, Meadowlands, took on autumns and endings. Her chosen myth is now Orpheus, her other new interests dreams, dream-states and fragmentary memories. Meadowlands had tracked the slow collapse of Gluck's marriage; Vita Nova follows Gluck into the aftermath: ""I thought my life was over and my heart was broken./ Then I moved to Cambridge."" (That is, Cambridge, Mass., where some of these poems, such as ""Ellsworth Avenue,"" are set.) Gluck has long mastered the bitter, detachable aphorism: ""You saved me, you should remember me."" ""No one wants to be the muse;/ in the end, everyone wants to be Orpheus."" To these she adds, now, the surprisingly conversational aside: ""Mommy's/ too ironic--Mommy wouldn't do/ the rhumba in the driveway."" Gluck also casts poems partly in dialogue, from the terse interrogator of ""The Burning Heart"" (""Ask her if she regrets anything"") to ""the leaves"" of ""Evening Prayers"": ""Bedtime, they whisper./ Time to begin lying."" The poems rely on negative space--on what's left out--and on psychological acuity; their stripped-down self-analyses cast their cold illumination far past her own life. Gluck's psychic wounds will impress new readers, but it is Gluck's austere, demanding craft that makes much of this seventh collection equal the best of her previous work--bitter, stark, careful, guiltily inward, alert to myth. It is astonishing in its self-knowledge, and above all, memorable. (Mar.)
close
Details