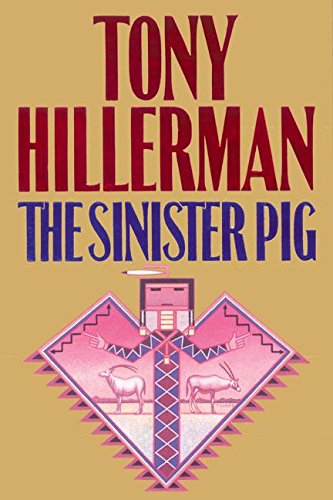 Bestseller Hillerman's 16th Chee/ Leaphorn adventure offers deeper intrigue and a tighter plot than his previous entry, (2002), in this enduring series. When the body of an undercover agent, who's been looking for clues to the whereabouts of billions of dollars missing from the Tribal Trust Funds, turns up on reservation property near Four Corners, Navajo cop Sgt. Jim Chee and Cowboy Dashee, a Hopi with the Federal Bureau of Land Management, investigate. But the book's real star is officer Bernadette "Bernie" Manuelito, Chee's erstwhile romantic interest, now working in the New Mexico boot heel for the U.S. Border Patrol. The miles have only strengthened her feelings for Chee—and vice versa. A routine patrol puts Bernie on the trail of an operation involving some old oil pipelines that connects to the Four Corners murder. Meanwhile, Joe Leaphorn is checking into the same murder from another direction. The three lines converge on a conspiracy of drugs, greed and power, and those who most profit, including the "sinister pig" of the title, will stop at nothing to keep it a secret. With his usual up-front approach to issues concerning Native Americans such as endlessly overlapping jurisdictions, Hillerman delivers a masterful tale that both entertains and educates.