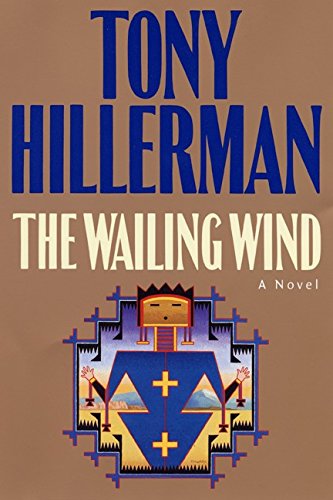 The 15th Chee/Leaphorn mystery (after 1999's relatively weak ) finds MWA Grand Master Hillerman back at the top of his form as his two Navajo peace officers look into both a past and present mystery. Religious fervency and single-minded greed become strange but necessary bedfellows in a plot filled, as always, with insights into the lives and beliefs of the "Dineh." When an abandoned pickup truck turns out to contain one very dead white man, Sgt. Jim Chee's instincts lead him to bring retired Lt. Joe Leaphorn into the case. Leaphorn's trademark curiosity sends him in search of possible links between this homicide and another two years earlier. The first murder occurred on Halloween day when Wiley Denton supposedly shot Marvin McKay in self-defense after McKay tried to sell him bogus information about an old gold mine. That same day Denton's wife, Linda, disappeared; she has never been heard from again. Leaphorn's recollection of what had been shrugged off as a Halloween prank out at old Fort Wingate now becomes the itch he has to scratch. It seems a group of teens shortcutting across the area had endured a close call with La Llorana, a mythical wailing woman. The information he gathers adds yet another piece to the puzzle of the missing Linda. Chee is up to his elbows in not only the investigation but also in sorting through his growing emotional confusion about the beautiful Bernadette Manuelito. The seemingly insignificant turns critical and the loose ends tie up in one tidy conclusion as Hillerman repeatedly shines in this masterfully complex new novel.