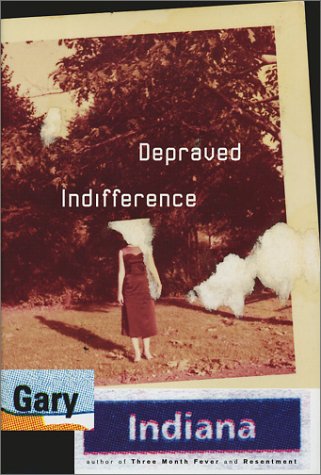 Amphetamine fiction is alive and writhing in Indiana's ninth book, a caper novel of life on the grift. The narrative follows the exploits of a truly memorable villain called (among other aliases) Evangeline, a lowlife spawn of the Vegas mire (maybe) who rises from her station by sheer mania and depraved indifference to anyone around her. Based on real-life murderer Santee Kimes, Evangeline is a monster, "so compulsive she grifts herself when she runs out of other people." Her career was launched in the Vietnam era when she married a crooked real estate developer named Warren Slote. Now an apathetic has-been drinking himself to death, Warren watches with detached amusement as Evangeline tries to take him to the cleaners. Evangeline's desire is to live as a self-styled queen, and she usually takes her marks (their identities, assets, lives and all) while looking for ways to set up tacky palaces on someone else's tab. The novel, with its Vegas roots, its run-on sentences and gut-wrenching displays of venality, is a hyperkinetic depiction of unbridled greed, the American dream's septic tank. But the book's lightning jumps backward and forward through time, its ever-changing POVs and often confusing plot make its course too convoluted. This is the third of Indiana's recent works inspired by real-life crimes ( took off on the Menendez trial, and was a "nonfiction" novel about the killer of Gianni Versace). The blatant villainy of Santee Kimes and her son, Kenneth, have spawned a public avid for an interpretation of their sociopathic behavior. This novel is too complex and confusing to attract tabloid readers, but Indiana's fans will probably speed through it, focusing on some of the most hideous characters ever to congeal in the form.