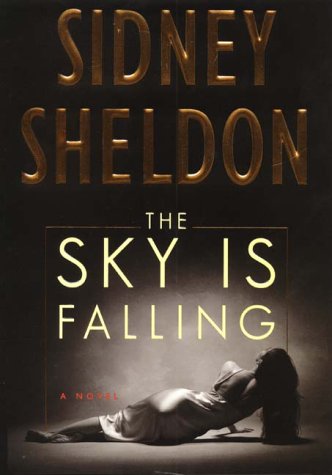 The Sky is Falling

Efficiently brisk and reliably suspenseful, Sheldon's (Tell Me Your Dreams, etc.) 17th novel demonstrates that this veteran master of commercial fiction has not lost his touch. Freshly returned to Washington, D.C., from a stint reporting in Sarajevo, TV newscaster Dana Evans (introduced in Sheldon's The Best Laid Plans) struggles to cope with her new adopted son, troubled 12-year-old Kemal, whose parents and sister were killed in the fighting. Back on the job, Dana interviews youngish millionaire Gary Winthrop, the scion of a Kennedyesque clan, only to learn the next day that the prospective Senate candidate and philanthropist has been murdered in his Washington townhouse. Unbelievably, Dana is the only person who finds it odd that five members of the Winthrop family have died violent deaths in the last year. Despite this weakness in the plot, Sheldon crafts a page-turner that takes Dana on a worldwide quest from France, Germany and Italy to Alaska and Moscow as she pursues her hunch that all the Winthrop deaths are related. Deceased family patriarch Taylor Winthrop, she discovers, was a manipulative, unscrupulous businessman, politico and womanizer with many enemies. And the senior Winthrop's connection to the real-life Siberian underground city of Krasnoyarsk-26 and its production of plutonium proves the source of the family's wealth and their ill fortune. A love triangle involving Dana, sports anchor Jeff Connors and his ex-wife, internationally known model Rachel Stevens, seems gratuitous, tossed in merely to add plot texture, but it does provide some viable moments of romance and schmaltz. When the villains behind the killings turn against Dana as she comes closer to the truth, the tension builds and holds right through to a seven-alarm finale. Agent, Mort Janklow. 750,000 first printing; Literary Guild and Doubleday main selections; Mystery Guild featured alternate; People Book Club alternate; 6-city author tour. (Sept.)
close
Details