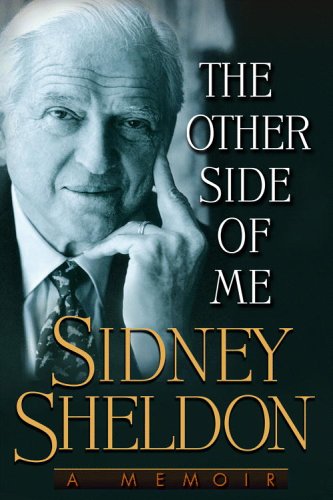 The Other Side of Me: A Memoir

Bestselling novelist Sheldon's memoir is reminiscent of his colorful novels, a rags-to-riches yarn replete with struggle, an indomitable hero and eventual glamour. It opens with a 17-year-old Sheldon preparing to commit suicide in Chicago in 1934. "[L]onely and trapped," he wanted to attend college but couldn't afford it. Thankfully, his father intervened, and the young man got a new lease on life. He went from being an RKO theater usher to a struggling songwriter, then a top-flight Hollywood screenwriter in a few short years. For the next 30-odd years, Sheldon wrote and directed films, meeting studio honchos and stars like Kirk Douglas, Judy Garland and Marilyn Monroe. The author's impressive achievements include a WWII flying stint, a screenwriting Oscar for 1947's , a Tony for writing the 1959 Broadway hit , the creation of four classic TV series (including ) and several bestsellers ( ; ; etc.). Yet these accomplishments came with bouts of depression and the death of a child. While the book is long on Sheldon's Hollywood and television days, it skimps on his domestic and publishing lives. Still, that shouldn't stop Sheldon's legions of fans from lapping this up.