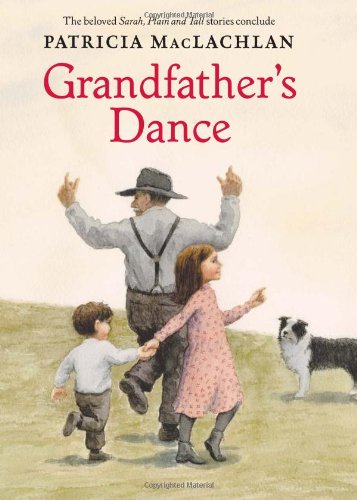 MacLachlan's poignant fifth novel in the cycle that began with brings to a close the story of the mail-order bride from Maine. Now deeply ensconced in her prairie home, Sarah helps Anna to plan a wedding of her own, an occasion for bringing together many of the characters from the previous books. Caleb returns from school, and Sarah's brother, William, plus the aunts who gave Sarah (then pregnant with Cassie) safe harbor during the drought in , travel from Maine. Cassie, now in fourth grade, once again narrates. Her observations, both written and spoken, read like poetry. Though Cassie dreaded the new baby's arrival in , she confesses her love for her now-toddler brother, Jack ("His hand was tiny and warm in my hand"). But the real story here chronicles the relationship between Jack and "Boppa," the boy's special name for his grandfather (who returned to the family in ). MacLachlan uncannily captures the bond between the two, one at the beginning of life, one nearing the end. Ironically, the author's most stunning example of their connection comes when Grandfather loses his temper with Jack, and the man's wordless apology gives the novel its name. MacLachlan's concluding novel ultimately celebrates the dance of life. Grandfather's is one example, Anna's wedding to Justin another, with its echoes of Sarah's to Jacob—bringing readers full circle. Those who have followed Sarah from the start will feel that the characters live on long past the final page. Ages 8-10.