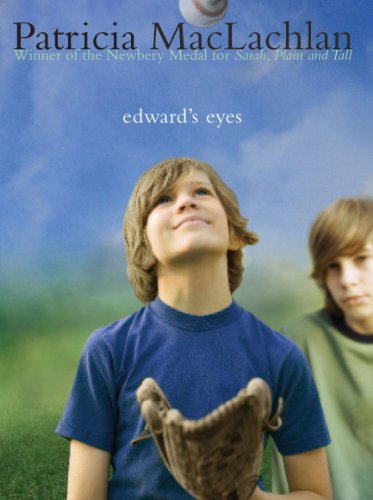 From the start, it is clear that Edward is very special. The day his delightfully eccentric parents bring him home from the hospital, his mother places him in the arms of older brother and narrator Jake, who is immediately smitten: “His eyes are the dark mud-blue of the night sky, but there are surprising little flecks of gold in them. They stare right into my eyes.... I want to say that I love him more than anything or anyone I know. But I am only three, and when I try to talk I can’t say all those words.” Yet Jake, as this resonant story unwinds, proves to be remarkably articulate. His recollections of Edward shape a memorable portrait of a boy who, as a toddler asks to have read to him in French, insists on walking two steps ahead of his older siblings on his first day of kindergarten, never once strikes out while playing baseball and teaches himself how to throw an impossible-to-hit knuckleball. Edward’s vision extends far beyond the power of his striking eyes: he somehow knows, when his mother becomes pregnant, that this sixth baby will be a girl. “She’ll be Sabine. And we’ll have fireworks!” he announces confidently. Newbery Medalist MacLachlan brings her story to a conclusion that is both unbearably sad and uplifting, delivered, like the whole, in perfect pitch. Ages 8-12.