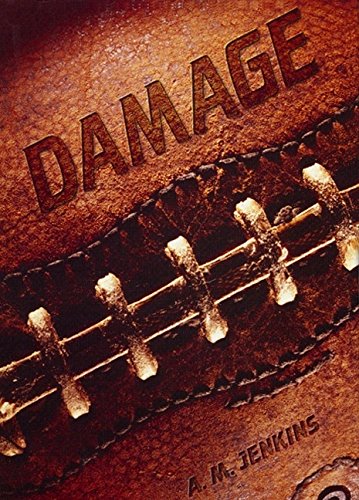 Written in the second-person, Jenkins's () engaging novel depicts a high school senior and football star who is afraid to let anyone know he's depressed and suicidal. Austin Reid's small town life, which involved drinking beer in the back of his pickup and dating pretty girls, now makes him want to "slide down to the floor, lay [his] head down on the white tile and just quit feeling, totally." These vulnerabilities contrast sharply with the cruel drills of his militant football coach, successfully demonstrating just how intolerant male culture can be of weakness. Readers will know that the 17-year-old's present outlook has something to do with losing his father to cancer when he was a child, but they might be confused as to when the depression actually began. Still, Jenkins handles the heavy subject matter sensitively with memorable scenes such as the one in which his mother shares a bittersweet memory from his childhood, or when he finally opens up to the best friend and neighbor who's shown his loyalty and concern all along. Readers will be riveted by the second-person narrative voice, which effectively conveys the hero's distance from himself and others, and the pacing will keep even reluctant readers glued to the book. Ages 12-up.