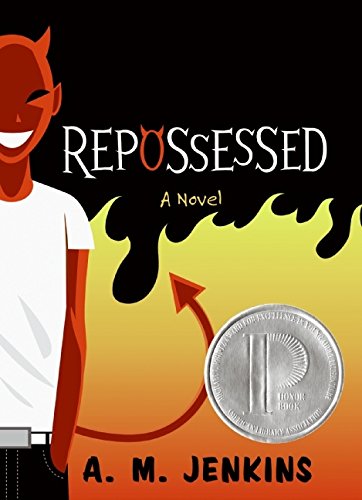 Arebellious demon (who prefers the term ”fallen angel”) named Kiriel takes over the body of 17-year-old Shaun Simpson moments before the teen steps in front of a speeding cement mixer in Jenkins’s ( ) latest. Eager to experience life as a human being—and feeling long overdue for a vacation from his duties of subjecting souls to eternal torment—Kiriel quickly gets underway living Shaun’s life. (There is no conflict between the two personalities—in Jenkins’s story, Kiriel’s takeover sends Shaun’s soul on to the afterlife.) Shaun was a prototypical slacker, brushing off his younger brother Jason (whom he calls a “jerkwad”), dressing and living like a slob and barely engaging at school. With funny and heartwarming results, Kiriel tries to engineer a lasting, positive impact on Shaun’s family and friends, confronting a school bully—as a demon, Kiriel knows where the teen’s actions will land him in the afterlife—and taking the reclusive Jason under his wing. Jenkins displays a wry sense of humor throughout—Jason catches his older brother “French-kissing his shirt” as Kiriel relishes the tactile sensation, and later Kiriel receives an IM from his demonic superiors who have discovered his transgression. Kiriel’s own spiritual crises (he himself questions a “Creator” whom he’s never seen or heard from) may mirror readers’ uncertainties, and the demon’s winning mix of cocksureness and inadvertent bungling should resonate with teens. Ages 12-up.