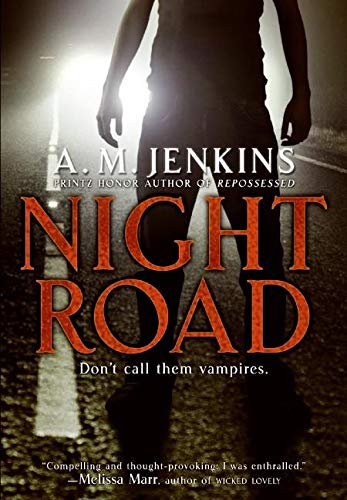 Trading demonic possession for vampirism, Jenkins ( ) explores the existential crises of a clan of “hemovores,” or “hemes.” In her world, hemes feed on humans or “omnis” (short for omnivores), but do so with restraint—regular, controlled feedings prevent their animal “Thirst” from taking over. Cole and a bighearted heme, Sandor, embark on a road trip to train Gordon, a naïve, college-age “accident” who has recently joined their ranks, and help him adjust to his current state. Cole displays monk-like self-discipline and denial as he models the lonely, endless nightlife of the heme for Gordon. (“You're a parasite, not a predator,” scolds Cole when Gordon realizes he could take advantage of his victim's entranced state during a feeding. “Our lives are built on their backs, and we owe them civility at least.”) As they travel, the hemes debate their ability to die, whether they possess souls and the futility of dating; the appearance of a rogue heme provides dramatic tension. Save a few minor female hemes, Jenkins's world is male-dominated, which may turn off some readers (Cole describes subservient omni groupies as “young people who read too much Anne Rice”). But overall, Jenkins provides a page-turner and a fresh, intriguing view of the vampiric “life.” Ages 12–up.