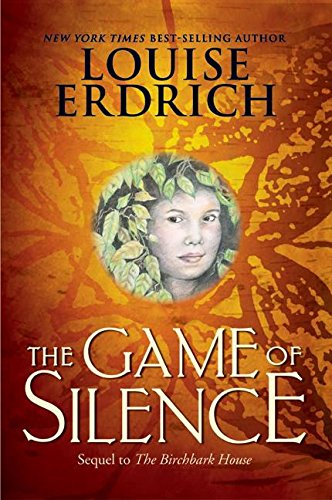 The Game of Silence

This sequel to The Birchbark House continues the saga of Omakayas, now "nine winters old," a member of the Ojibwe tribe who reside on an island in Lake Superior. The tranquility of the little village is threatened when word arrives that white leaders are going to force Omakayas's people farther west into enemy territory. While some men from the tribe—including Omakayas's father and Fishtail, her sister's special friend—travel in different directions to investigate the rumor, the rest of the villagers remain. They struggle to regain normalcy by returning to their routine of hunting, fishing, weaving and gathering. Erdrich once again shows what is was like to grow up Native American during the same time period about which Laura Ingalls Wilder wrote. The unadorned narrative, sprinkled with ancient legends, clearly expresses not only the traditions and rituals of the Ojibwe but also their values and religious beliefs. Erdrich's pencil drawings (somewhat reminiscent of the style of Garth Williams's illustrations for the Little House series) capture the mood and spirit of such characters as Pinch, Omakayas's mischievous little brother and noble Old Tallow, who gives Omakayas a precious gift. Like its prequel, this meticulously researched novel offers an even balance of joyful and sorrowful moments while conveying a perspective of America's past that is rarely found in history books. Ages 8-12.