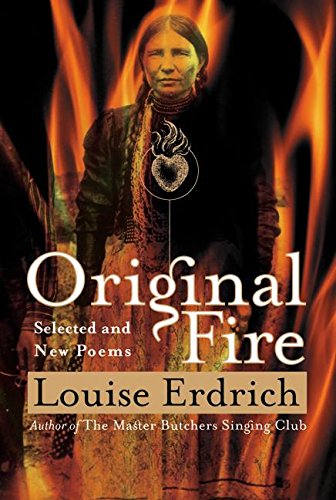 Though a multiply award-winning novelist, Erdrich ( , etc.) throughout the 1980s remained committed to verse; poems from (1984) and (1989) represent her in many anthologies, some of them focused on Ojibwe heritage. This third book of poems begins with Erdrich's earliest work (much of it indebted to Richard Hugo), moves through a series of prose tales about the long-lived potato-trickster Potchikoo, then opens out into a mix of new and old verse. "All graves are pregnant with our nearest kin," Erdrich writes, and many of her poems regard first and last things—motherhood, family, death and mourning—sometimes as mythical universals, sometimes as they take place on reservations or in cold, forlorn small towns, each with its misfit (like "Step-and-a-Half Waleski") and its patron saint (the sarcastic "Rez Litany," the rapt "Seven Sleepers"). "The relentless throat call/ of physical love," and religions designed to deflect it, animate some of Erdrich's new sequences, which incorporate fairy tales, Christian ritual and reservation lore. Though her stark lines owe much (sometimes too much) to Louise Glück, Erdrich's particular landscapes and affiliations, and her way with myths and talismans, ensure that her poems, new and old, retain strengths all their own.