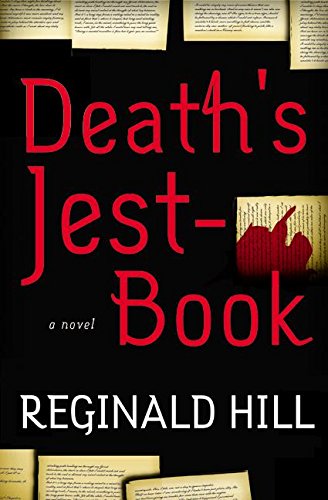 Diamond Dagger winner Hill ties up some loose ends from his previous Dalziel/Pascoe book, (2002), in this gritty, witty psychological suspense novel, whose title evokes a work by 19th-century poet and dramatist Thomas Lovell Beddoes. Rising academic Franny Roote, in spite of time spent in jail for murder and as a suspect in three other crimes, seems on his way to assured literary fame, and he's been writing DCI Peter Pascoe to share the glad tidings. Roote, in his affectionate, eloquent missives, assures Pascoe that he doesn't hold a grudge—is even, perhaps, grateful—for the part Pascoe played in his incarceration, which ultimately led to his fulfilling new life. For Pascoe's part, however, the letters are filled with menace and mockery: every reference to Pascoe's wife and daughter, every suspicious circumstance recounted, convinces him that Roote is still a foul crook with vendetta on his agenda. Meanwhile, the burgeoning passion between Rye Pomona and DC "Hat" Bowler, following the grisly end of Dickie Dee, may unsettle readers of . With so many characters and circumstances that may not be as they appear, this is more of a "who-might-do-what" than a "whodunit." The simultaneous release of the mass market edition of is fortunate, as the uninitiated would be well advised to read it first. Those who do will want to grab the next volume immediately.