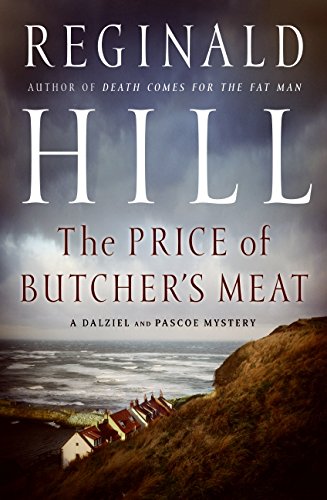 The Price of Butcher's Meat

In Hill's solid 23rd Dalziel and Pascoe procedural set in Yorkshire, Det. Supt. Andy Dalziel doesn't see much of his longtime colleague, DCI Peter Pascoe, because Dalziel is recovering from the serious injuries he suffered in (2007) in the quiet resort of Sandytown. When the charred corpse of wealthy Lady Daphne Denham turns up in a revolving basket that had been used for a pig roast in Sandytown, the two policemen pursue largely independent investigations. Much of the background to Denham's demise comes from e-mails that in spots may puzzle those unfamiliar with e-mail jargon. More deaths follow before Hill offers a final twist that's unlikely to catch experienced genre readers by surprise. The crotchety Dalziel's chafing at the restrictions at the convalescent home where he's staying provides some amusing distraction from the somewhat leisurely crime solving. Newcomers might better start with earlier books in the series.